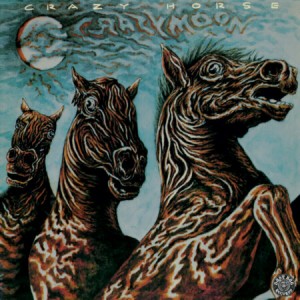 The Crazy Horse masterpiece and often overlooked hidden jewel in the Neil Young and Crazy Horse canon of releases is now finally restored to vinyl for the first time since 1978 from the original analogue tapes.

Features tracks initially written around the Zuma sessions and subsequently toured as part of the Neil Young and Crazy Horse Rolling Zuma Revue of Northern California in 1975.

Crazy Moon shows the band at their laid back and rocking best.

Features Neil Young on 5 tracks on what some consider to be his most searing guitar Work of the period, plus former members of The Rockets and Crazy Horse.

If you’ve never heard Crazy Moon in all its vinyl glory... you are in for a treat.

The signal path is:

Dust Bug Records are proud to confirm that this record has been cut on vintage analogue equipment from restored original 1/4 inch tape .

Limited to 800 Numbered copies only.